They swim across the ceiling
And hang, precariously, from walls,
Almost a metre in length:
Two russet casts of skulls,
Joined by bands of cloth,
Impregnated by dust from mines, feeling
With twigs, gnarled as legs
And a countenance and a proliferation,
Which simply appals...

They lurk, dull and unappealing
And horrify, displaced upon walls,
Invoking immigration, it appears:
Or preservation of life, in death,
Bodies wrapped in strips of linen,
Impregnated by Dead Sea bitumen, sealing
With a conscience and such salvation
In Amun’s glorious halls… 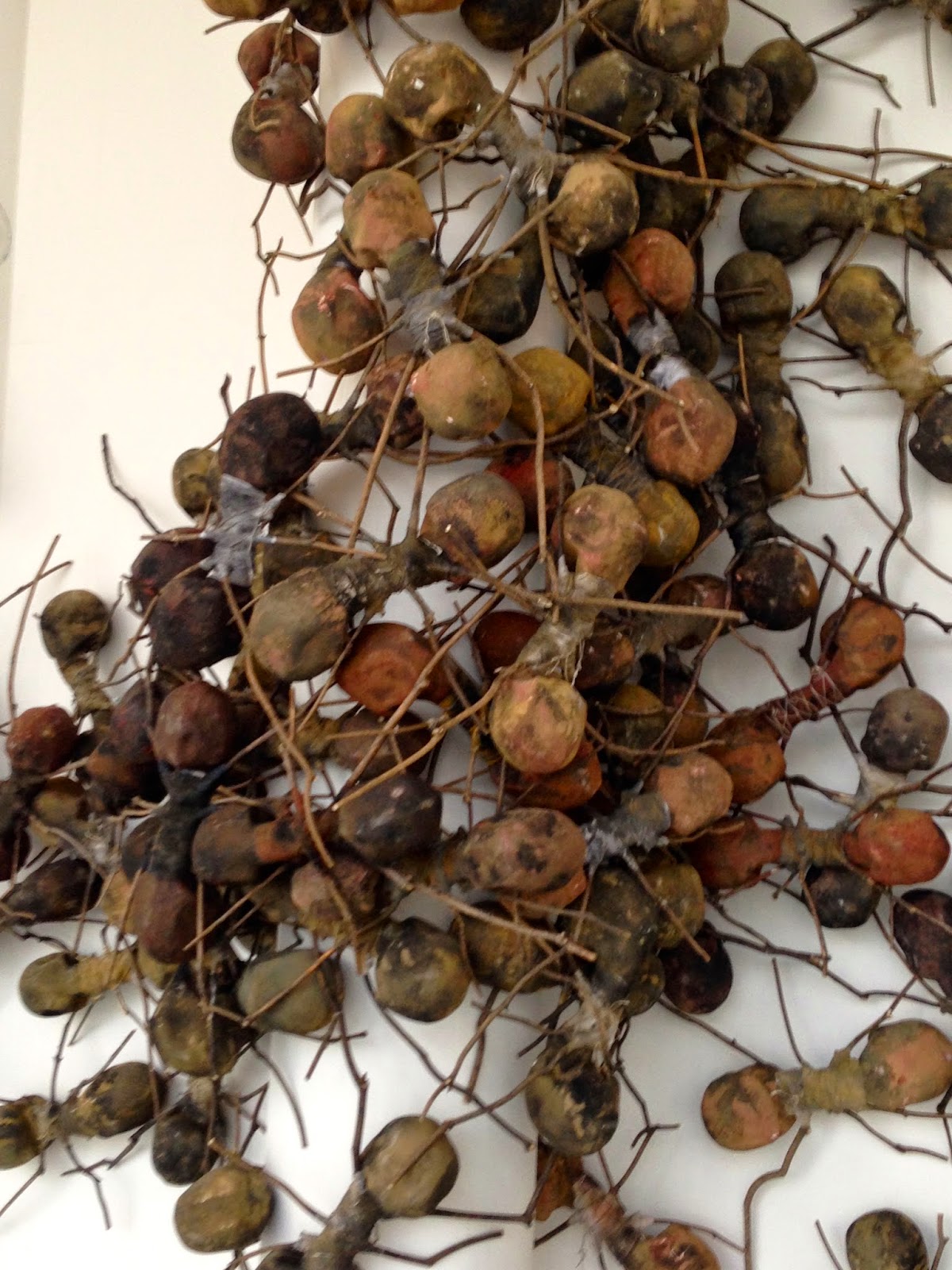 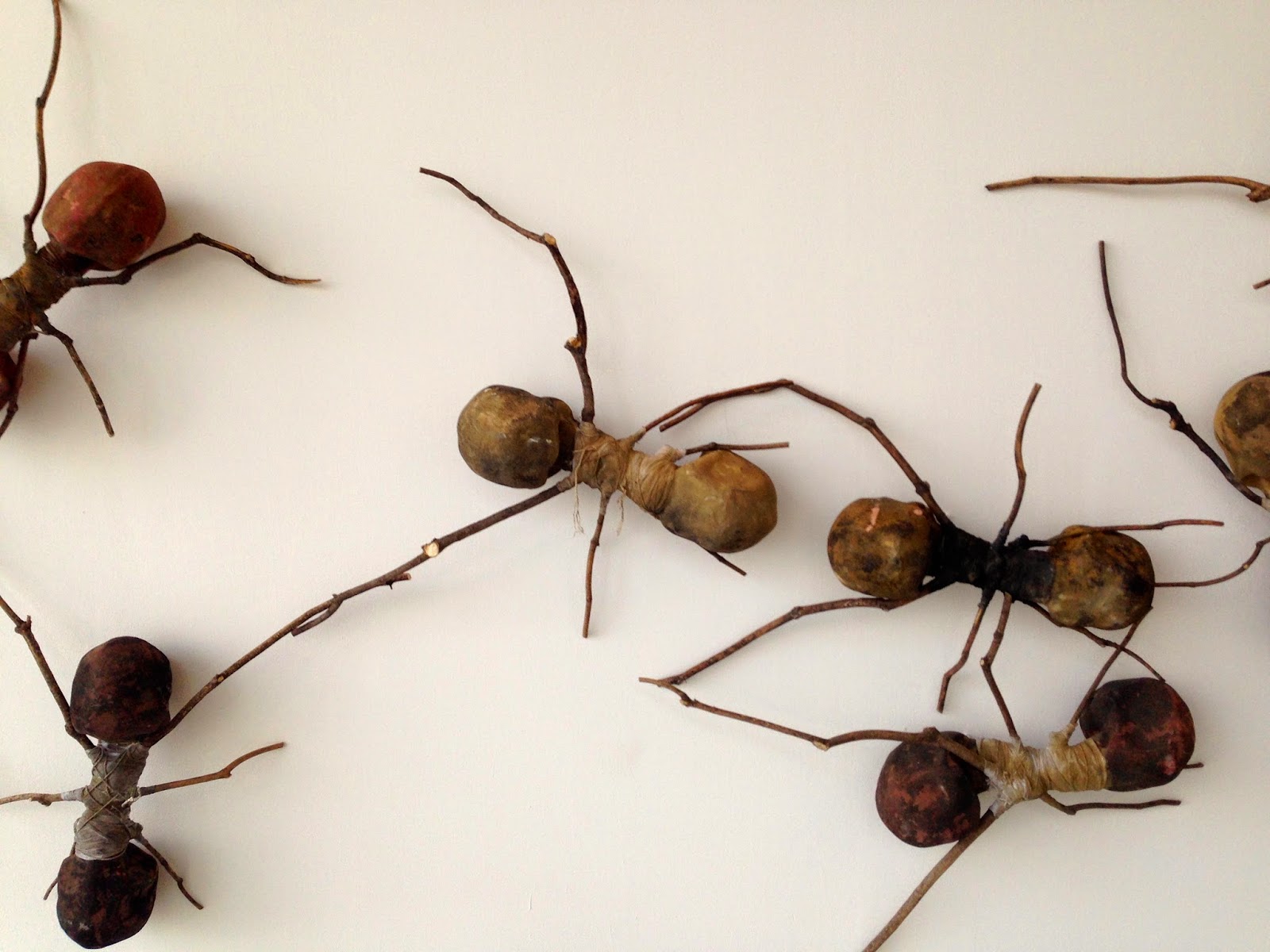 
I was immediately reminded of ancient Egyptian mummies, by the strips of cloth on the creatures, hence the analogy.